The Hawthorne Effect & QA in the Modern Contact Centre

The Hawthorne Effect & QA in the Modern Contact Centre

Throughout my career, working in quality assurance and contact centre management, I’ve probably heard the Hawthorne Effect quoted more times than any other work-study. It’s the ‘go-to’ reference for anyone talking about what the effect of observing workers has on their productivity or wellbeing. But the questions are, do people really know what the Hawthorne study is, are they actually misquoting it and is it even still relevant today?

The first mistake many people make is that Hawthorne is the name of a building and not a person. There was no Mr Hawthorne conducting productivity studies! The term ‘Hawthorne Effect’ was actually coined in 1958 by Henry Landsberger, as an interpretation of results from experiments conducted 30 years earlier between 1924 and 1932 at the Hawthorne Factory in Chicago. 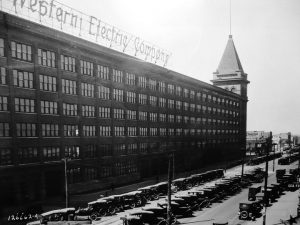 When evaluating the Hawthorne effect, I think it’s really important to consider the context of those original studies taking place nearly a hundred years ago. So let’s picture the scene:

In 1929, it was the start of the Great Depression. The Hawthorne Plant was a huge brick built factory which dominated the landscape accommodating literally tens of thousands of workers. At its height, there were nearly 40,000 employees working there. It was a functional building with no soft furnishings, plants, soundproofing, coffee machines and all the other comforts one associates with a modern workplace. In the factory, there were two populations: the workers and the management. The workers were low paid and made up of women and men, many of them immigrants undertaking menial and repetitive production-line tasks such as assembling electrical relays. Then there was the management, exclusively white, middle-class men, whose main concern was the productivity and profitability of the factory. The groups of people wore different clothes, spoke and looked very different to each other. The class system was very much in evidence.

Into this scene comes a Harvard business professor called Elton Mayo, a veteran of the First World War. Elton suggested to Western Electric, the owners of the plant, that he wanted to conduct some experiments that may improve the productivity of the workforce. With the management having established there was no cost to the plant and only potential gains in productivity to be had, Elton’s offer was accepted and he and his team begin experimenting. 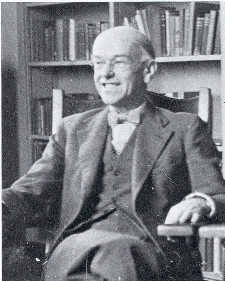 Elton Mayo was quite forward-thinking in recognizing the importance of relationships and employee well-being in industrial organisations. So his experiments were about making small changes to the workers’ environment and seeing what the effect was, these included changing break lengths, team sizes and management input etc.

However, the experiment that most of the findings and later interpretations of the Hawthorne Effect derive from is an experiment in changing lighting levels in the factory.

It only becomes the ‘Hawthorne Effect’ 30 years later when Henry Landsberger, who was a sociologist, revisited the data. From his analysis, he theorised that the increases in productivity only came about because the workers knew they were taking part in an experiment, and it was the increased attention paid to them that effected the productivity changes. He made the point that you could make the lights brighter or darker and you’d get the same temporary productivity improvements. This would later become known as the ‘novelty or disruption effect’. In essence, it didn’t matter what you did, what change you made, if the workers knew they were being observed as part of a test, then their productivity improved.

Fundamentally, Landsberger made the point that workers’ behaviour changed because of the test, and not because of the change to their environment, be it the lighting or lunch break or whatever it was. When people know they are being studied, they will unconsciously or consciously adapt their behaviour, based on what they think the consequences of the study may be mean to them and their co-workers. For example, they may have been thinking that if they worked harder, did it mean new higher targets? Would greater productivity mean friends lose their jobs? Or alternatively, they may have worked harder so they felt they had a chance of the working conditions being permanently improved. The point is there was no real control group for the test. Everyone knew they were taking part in the experiments. Critically, the Hawthorne Effect refers to temporary increases in worker’s productivity when they are aware they are taking part of a study. The key words here are Temporary and Study.

Why many people are quoting it incorrectly.

Today, I hear the Hawthorne Effect quoted for many reasons, but most typically when people are discussing the benefits of active management, be it performance feedback, coaching, developing action plans etc. basically the role of a manager paying attention to their direct reports.

So why are people misquoting it?

The Hawthorne study can only really be quoted when discussing work-based productivity changes when participants know they are being observed as part of a study. You cannot accurately quote it when talking the effect of conducting 121’s, 360 feedback sessions, quality monitoring, personal developments plans, coaching, risk/reward structures etc. The Hawthorne Effect describes something that is really niche and unless you’re personally working in the field of subjecting groups of people to productivity tests, I’d argue that it’s not really relevant.

Is it still relevant at all?

I think the study is shackled in the past and the environment it was conducted in. The factories, society and economies at play in the late 1920s are so different to what they are now that you could not recreate the study in the same environment. Scientific fact is established by a reliably producing the same set of results from a controlled experiment, and the conditions for the Hawthorne Study simply no longer exist.

And as a footnote, there are even questions about the quality of its initial interpretations. In 2011, the noted economists Levitt and List found the original base data on microfilm in some dusty corner of a Chicago library that had been lost for many years. When they re-evaluated that data, they only found slight evidence for the Hawthorne effect over long term testing but nothing anywhere near as significant as originally interpreted.

In summary, the Hawthorne Effect is a very niche study, conducted in a historically redundant context with perhaps questionable interpretations of the data. For these reasons, I try to avoid quoting the Hawthorne Effect when providing organisational insight and analysis to clients.

As a workforce, we have a range of interdependent physiological and psychological needs that influence or productivity and well-being. We can’t be happy and productive at work without many conditions being genuinely met in and outside of our jobs.

To have empathy, flexibility and concern for the people who we work with feels like common sense and doesn’t need to be borne out by studies conducted 100 years ago. Positive active management principles of quality assurance, coaching and providing feedback, providing it’s done properly can only have a positive effect. Simply studying and observing our employees can only have a minimal and temporary impact.

If you would like to speak to one of our consultants about the positive impact of a call centre quality assurance service then please get in touch with us today.

← Can contact centre quality assurance be automated with speech analytics? Handle With Care  →
We use cookies to ensure that we give you the best experience on our website.OkPrivacy policy